When there’s something hungry in your neighborhood, who you gonna call? A team of elite hunters from the Paranormal Consumption Agency! These covert operatives are ready to turn the tables on people-eating monsters across the country!

Synopsis: Lisa Bake and Sophia Remington are best friends and part of an agency that dwells in the shadows. They hunt the things that prey on innocent people. When a bigger plot unfolds to threaten the world, they rally together to seek out the clues they need to help save their world. 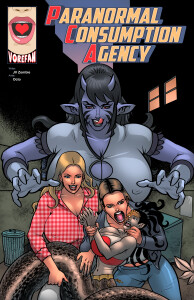 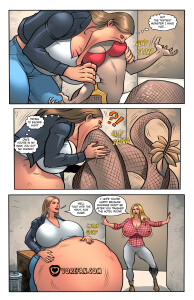 To download this comic and all of our other vore comics purchase a 1-month membership to Vore Fan!

The sinister corporate executives responsible for the exotic shrinking spices Getting Into the Food at Barleycorn’s restaurant think their plans are on track – but they’re about to get served a giant helping of payback!

Synopsis: Why did two kitchen crews and two police officers disappear from the same restaurant? An agent for a covert agency has the answer, and she plans to prevent the problem from recurring by giving those involved a taste of their own seasoning… 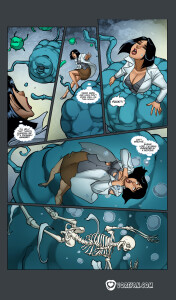 Series Link: Getting Into the Food

To download this comic and all of our other vore comics purchase a 1-month membership to Vore Fan!