Two science teachers are accidentally shrunken and consumed by their quirky co-worker in Miss Delaine’s Odd Snacks: the first Vore Fan comic where the scariest creature featured isn’t the main predator, but her previous prey!

Synopsis: Miss Delaine stays after school to get some work done. When she hears a strange sound coming from the neighboring classroom, she goes to investigate. What she doesn’t know is that some science professors have a major problem with their new experiment. What THEY don’t know is that Miss Delaine’s strange eating habits put them in even greater peril than they realize… 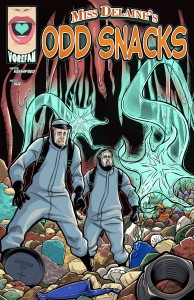 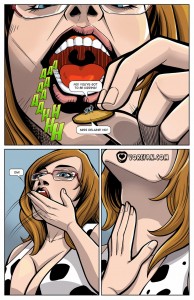