“You are what you eat” takes on a whole new meaning in the first issue of Karmic Dreams, the unique new Vore Fan series where predator and prey are one and the same!

Synopsis: Following a world war won through the use of a shrinking plague, the empire of Kartz reigns supreme while the citizens of all other foreign powers have been reduced to nothing more than spell components. Additionally, a new magic has been discovered through which a person may absorb the life force of another by ingesting them, allowing the general populace of Kartz to attain eternal youth. However, what happens when a business woman accidentally ingests a rebel mage and becomes cursed? 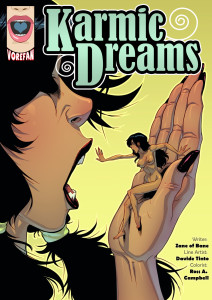 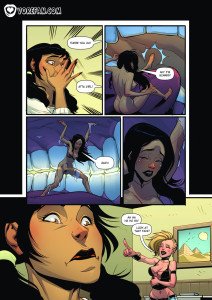 Written by: Zane of Bane

Colors by: Ross A. Campbell